the final months of pregnancy

Pregnant women will often describe the third trimester as a time to “tie loose ends”, stay comfortable and prepare for the birth. Hopefully, you are slowing down at work and at home and friends and family are lining up to help you stock your freezer and get ready for baby. If you need extra support, this is a time to ask for it. We are also here to help you access resources and support. Make sure you are eating well, staying hydrated and napping as needed! If you are working hard till that “last minute”, make sure you have some time each day to put your feet up, take some slow breaths and slow down from your hectic day. Short walks daily are proven to help you both physically and emotionally.

How to reach your midwife

The central number leads to a message that will tell you who is on call and how that midwife can be reached.

FOR NON-URGENT Calls
Leave us a message. We strive to return calls in 24-48 hours. Texting and emailing is not always reliable. Please let us know what the best way to reach you is.

SERIOUS Calls
Leave a message for the midwife on call between 9am & 9pm.

URGENT Calls
Anytime: if you have an urgent call, call the midwife on call.

In most pregnancies, labor starts between 37 and 42 weeks after the last menstrual period. Labor is considered preterm labor when it starts before the beginning of the 37th week.

If you are noticing uterine contractions, cramping or backache:

It is not known exactly what causes labor to start. Hormones produced by both the mother and fetus play a role.  Preterm labor may be a normal process that starts early for some reason. Or, it may be started by some other problem, like infection of the uterus or amniotic fluid. In most cases of preterm labor, the exact cause is not known.  Half of the women who go into preterm labor have no known risk factors.

Growth and development in the last part of pregnancy is critical to the baby’s health. If preterm labor is found early enough, delivery can sometimes be prevented or postponed. This will give your baby extra time to grow and mature.

Obviously, the earlier the baby is born, the greater the risk of problems. Preterm birth, especially very preterm delivery before 30 weeks, accounts for about 75% of newborn deaths that are not related to birth defects. Even “late preterm” babies, i.e. born between 34 – 37 weeks, can have problems such as maintaining a normal body temperature. Thus, if you are planning a home birth but find yourself delivering before 37 weeks, it will be recommended that you birth in the hospital.

It can be hard to tell the difference between true labor and strong Braxton-Hicks contractions. Braxton-Hicks start at around 12 weeks of pregnancy, and increase in strength in the third trimester as the uterus gets stronger in preparation for labor. At this time, women may begin to notice that their bellies regularly get hard (especially with movement such as during exercise, or caused by fetal movement). These “practice contractions” may even be painful and regular, but usually go away within an hour or with rest. Braxton-Hicks contractions can also last for extended periods of time, even up to an hour – these are generally reassuring, unlike intermittent contractions that increase in frequency, duration or strength.

Preterm labor can only be diagnosed by finding changes in the cervix.  This can sometimes be done by your careprovider doing an internal exam (inserting two fingers into your vagina to feel the cervix). Other times, in the early stages of preterm labor, ultrasound will need to be used to confirm cervical shortening and/or dilation.

The following are some ideas about how to de-stress and/or support your body in order to slow or stop the development of clinically high blood pressure. Of course, there is no guarantee that if you do any or all of the following, that you will not still go on to develop Gestational Hypertension.

Sometimes continuously high blood pressure can start to have an effect on baby. For this reason we advise:

Pick a time of day that baby is normally active and count how long it takes to get 10 movements. If you don’t get 10 movements in two hours, you should call your midwife.

The cure for high blood pressure in pregnancy is to birth the baby. When blood pressures get too high, induction is usually advised. For this reason, anything that speeds the ripening process and increases the chance of a natural labour or straightforward induction is positive.

Further suggestions by your midwife may include:

Taking your BP at home

The best time to take your blood pressure is when you are physically and mentally relaxed. Because of this, first thing in the morning while still in bed can be a good time.

Some women’s blood pressure is steadily the same no matter what. Others have wide differences in blood pressure depending on stress, time of day, hunger, etc, so if you find that your pressure is variable, you can be reassured that this is normal.

When to call your midwife

Your midwife may give you more specific instructions, but the following is a list of symptoms or situations that are generally a reason to call your midwife. Although these are symptoms of pre-eclampsia, don’t panic, a number of these symptoms also can be a result of other normal causes, or can just be a reason for increased frequency of monitoring:

From the Best Birth Clinic at BC Women’s Hospital:

However, a large amount of research clearly shows that vaginal birth is a good option for many women who have previously had a cesarean birth. In most cases, a Vaginal Birth After Cesarean (called a VBAC) remains a safe option for both mother and baby. Studies show that 70% to 80% of women who attempt VBAC will be successful at vaginal birth.

VBAC can still be an option after more than one cesarean birth, although the risks are slightly higher. A woman’s medical history or other circumstances may make VBAC a poor choice. In this case, her care provider will recommend a repeat cesarean birth.

If you have had a previous cesarean birth, talk to your care provider about whether you would be a good candidate for VBAC.

You can also download and use our decision aid booklet to get more information and help you decide which choice you prefer. The booklet is available here.

The benefits of vaginal birth are particularly important for women who already have children at home. With VBAC, you can expect to spend less time in hospital and recover faster than you did with your cesarean birth.

Compared to a planned cesarean birth, the risks of VBAC are:

What is Group B Streptococcus?

Group B Streptococcus has many names: Group B Strep, GBS, Strep B. It is part of the normal bacteria found in the intestinal and/or reproductive tracts of about 30% of healthy people in Vancouver. Under normal circumstances it is part of the balanced system of gut flora that does not cause disease. It is not associated with bad hygiene, nor is it sexually transmitted. GBS may come and go in people’s bodies, so having had it previously does not mean you have it now.

How can GBS affect my baby?

If you have GBS in your vagina when you give birth, your baby obviously will be exposed to it. Mostly this is of no consequence. In fact, of those babies who are exposed only 50% will become carriers of GBS – i.e. they will have GBS on their skin or in their system but it will not have any negative effects on them.

But about 1 in 200 babies who are exposed to GBS will develop a systemic infection. Symptoms can include fever, difficulty feeding, irritability, or lethargy. These babies will need hospitalization and IV antibiotics. Further, of those who do get sick, for 1 in 20 this infection will be fatal. Babies that survive, particularly those who have meningitis, may have long-term problems such as hearing or vision loss, or learning disabilities.

What might increase my baby’s risk of developing GBS disease?

The following risk factors multiply by 10 the chance of your baby getting sick:

Can I prevent or eliminate GBS from my system?

Although there is little research on this topic, one strategy has been to use dietary supplements to boost your own immune system to fight off GBS so that you don’t become a carrier. These would include focusing on foods high in vitamin C, minimizing refined sugar, and consuming probiotics. It is never too early or too late in pregnancy to start this regime.

What are my options for testing and treatment?

Currently, the community standard is to test women at 35-37 weeks (which is a cotton-swab or “Q-tip” sample from your vagina and anus that you can do yourself). This swab is sent to the lab to be cultured.  It usually takes a few days to get results.

The test is done at the end of pregnancy because GBS bacteria can be present in your body temporarily. Testing within 5 weeks of your due date has been shown to be the most accurate way to determine your status at the time of birth.

If your test comes back positive:

If your test comes back negative:

If your GBS status is unknown:

What are the downsides of antibiotic treatment?

The antibiotics are given through an IV in your arm and take about 15 minutes to complete. This can be uncomfortable or painful. Afterwards a saline lock will be placed in the IV catheter to avoid repeating the IV insertion. There is about a 1 in 10,000 chance that you may have a severe allergic reaction requiring emergency treatment to these antibiotics.

Long term effects on baby of early antibiotic exposure are not fully researched.

Are there any alternatives to treatment with antibiotics?

There are no other treatment alternatives that have enough data for us to know whether they are effective.

Some women have a strong wish to avoid antibiotic exposure and have requested an alternative approach to treatment with antibiotics where 1) they are found to be a GBS carrier, and 2) they develop any of the risk factors mentioned above which make it ten times more likely that the baby will get sick. This approach was based on a previous standard of care before universal testing and treatment for positive status was adopted.

Can I prevent or eliminate GBS from my system?

One strategy that has not be proven by research to have an effect but that may is dietary supplements to boost your own immune system to fight off GBS so that you don’t become a carrier. These would include focusing on foods high in vitamin C, minimizing refined sugar, and consuming probiotics. It is never too early or too late in pregnancy to start this regime.

Herbs and teas for pregnancy and labour preparation

All ingredients used in these teas and drinks are nutritive in value.  In other words they enhance the natural processes of your body by helping balance and sustain your energy flow.  For herbs that allay annoyances or deal with major problems, it is important to work with an experienced herbalist knowledgeable in the childbearing cycle.

A tincture is a liquid preparation that uses alcohol and water to extract the constituents of herbs.  The following is a blend inspired by the Eclectic physicians (medical herbalists of the 1900s) which contains herbs that may be considered unpleasant to drink in tea form, but have valuable properties that aid in preparing the uterus for labour and birth and in tincture form can be taken in smaller quantity. This blend can be formulated at local herb stores upon request. Do NOT take this tincture if you are regularly drinking a Labor Preparation tea. 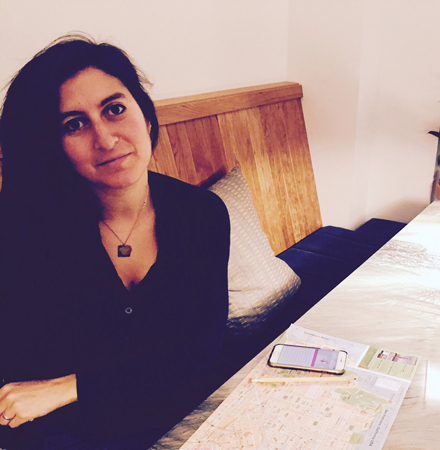 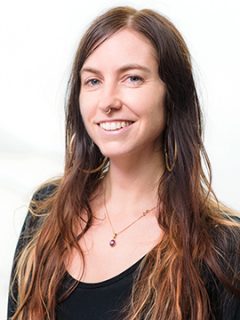